We've all done the Pepsi Challenge: the blind taste test where we have to try and tell the difference between Coke and Pepsi. This actually started as a clever marketing campaign by PepsiCo that demonstrated that more people actually preferred the taste of Pepsi. Neuroscientist Read Montague decided to explore these findings further by conducting his own Pepsi challenge to investigate why, if Pepsi was the preferred taste, Coca-Cola was the more purchased brand. 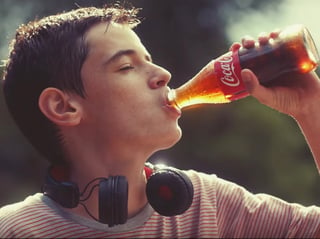 By scanning his subjects’ brains using functional magnetic resonance imaging (fMRI) he discovered a shift in brain activity after he informed the participants which drink was which.

When tasting blind, the majority preferred Pepsi but after being informed which drink was Coke, there was a sudden preference shift to Coca-Cola at a rate of three to one.

The fMRI indicated that the prefrontal cortex, which is where complex cognitive thinking and decision-making occurs, and hippocampus, where memories are stored, of the participants’ brains lit up to demonstrate activity when they knew what they were drinking but not when they were tasting blind. In contrast, the region of the brain associated with seeking reward, the ventral putamen, was found to light up when they were tasting blind. Montague concluded that his subjects were processing what their biased memories of the Coke brand were to inform their decision. Consequently neuromarketing came into prominence. 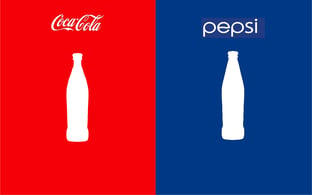 This same behaviour is demonstrated when it comes to purchasing a well-known brand name at a more expensive price over a cheaper store’s own brand containing the exact same ingredients. People are swayed by colour that resonates with them. This is clearly demonstrated by Coca-Cola's red brand design. This bold, warm colour is synonymous with the brand and is far more striking than Pepsi’s design. It goes hand in hand with its image of Santa in his red coat to really boost sales at Christmas. The importance of colour in branding has been recognised by Cadbury who have tried but failed to own the colour purple, with attempts to prevent any other confectionary or drink brand to use the colour in their packaging.

Neuromarketing is an increasingly popular marketing strategy when companies are creating their product and packaging design and advertisements. Neuromarketing studies which emotions and thought processes are at play when it comes to consumer decision-making, so that marketing can be designed to appeal with greatest impact. It uses brain scanning techniques, including fMRI and electroencephalography (EEG), to track brain activity in response to advertisements in order to effectively tailor future advertising. This is a more accurate method of capturing consumer response than the previous market research methods of surveys and focus groups, as what people say may not truly be what they really think and there are unconscious decision-making factors at play that consumers are not even aware of to be able to report in a survey.

fMRI involves using a magnet to track blood flow in the brain as participants respond to the advertising. EEG is a cheaper method which involves attaching an electrode-filled cap to the head to track emotions on a less in-depth scale than fMRI by measuring electrical brain waves to understand which parts of the brain advertising is appealing to and which adverts prompt the best response. It enables companies to test several adverts before release and know which one generates the best response.

The way we tilt our head affects our perception

Embodied cognition has taken it one step further by discovering that the way that the head is tilted can produce different responses. In a research study, looking down was found to produce concrete perception, which was focused on practical thinking, whereas looking up led to more abstract thinking, which was focused on complicated long-term thoughts. In marketing, this means that the practical elements of your message need to be at the bottom of the advertisement as this is where the attention will be focused and the brain can more effectively process this part. These findings also come into play when positioning your product in a store to make the customers look upward for a product that they will desire and positioning functional products that they need on a lower shelf.

Humans possess many such cognitive biases. Neuromarketing’s goal is to understand and apply these distortions of thinking to advertising.

The first price that customers see serves as a benchmark

An important cognitive bias in marketing is the anchoring bias. It refers to whatever we see first as the benchmark that we attribute the value of the rest of the information in the advert with. This is also demonstrated when we are used to a product being a certain price. In our minds, this anchor price is our point of reference, so when we see the same product at a cheaper price, it urges our brains to feel that we are getting a bargain. This concept is used to great effect in infomercials by showing you the ‘original price’ first, which it never really was. To your mind, this anchor price has now been set, so when they show you the price that they actually expect you to pay, you feel like you are getting a bargain.

The anchoring effect was illustrated in a revealing study by Dan Ariely. He asked his participants to write down the last two digits of their social security number. Consciously unknown to the subjects, by being the first number they saw, their social security number had just become their point of reference. Ariely then asked them to bid on items that he held up. The results found that participants with high digits were found to pay up to 346% more than those with low digits.

Neuromarketing is providing incredibly exciting advancements in the marketing domain. It is constantly developing and will continue to shed new light on the brain’s response to advertising which will enable marketers to create far more effectively targeted advertisements.

The Power of Voice-overs in Direct Response TV Advertising