The Power of Voice-overs in Direct Response TV Advertising

Using a voice-over in direct response TV advertising to verbalise a call to action is so much more powerful in driving a response than just displaying the call to action on the TV screen. Firstly, you are reaching out to a far wider audience, which includes people with visual impairments, people who are dyslexic and people with low literacy skills.

It Captures Attention In A Multi-Screen World

In this second screen age, with the constant distractions of mobile phones and laptops, many TV viewers’ full concentration isn’t even on the TV screen when the program they are watching is on, let alone during the ad breaks, when engagement with the Internet and social media has been shown to skyrocket.

Facebook conducted an eye-tracking study on people in their own homes which revealed that 94% kept their smartphone in their hands while they watched television.

Facebook specifically measured viewing behaviour during the premiere of a popular TV show to find that social media usage rose by three times during the ad breaks compared to when the TV show was on. Therefore, it is imperative to break through and capture people’s attention with your TV advertising and visuals alone aren’t going to make the cut. 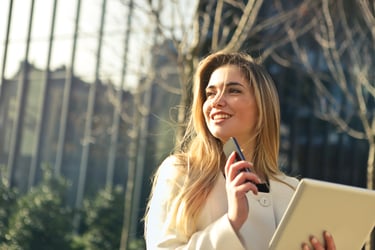 A voice-over message can reach people’s brains when they are not even looking and capture their attention to make them look at the screen. It can make a powerful connection by tapping into people’s emotions to resonate with them on a deeper level, prompting them to make that decision to act. The bonus of all those viewers who multitask online while they are watching your TV ad means that a powerful call to action, that provides your website name and a limited-time offer, will prompt them to respond immediately, with the purchasing device right at their fingertips.

It Engages With People's Emotions On A Deeper Level

On a nonprofit TV advertising campaign, the emotion in the voice of the person doing the voice-over, drawing attention to the plight of people in aid, can really appeal to people’s sense of empathy, driving them to feel the need to do something to help. A voice-over brings to life the urgency of a call to action. It connects with people on a human level, driving an emotional connection and prompting a response.

At Direct Response Media, the premier advertising agency in Melbourne, we are in a unique position to measure response rates from TV advertising. We place our focus on direct response advertising as it drives high response rates. These metrics are measurable in real-time using our first-rate analytics software. We constantly make adjustments to a variety of elements of marketing campaigns such as media placement and media mix combined with small tweaks to creative. We see time and again that simply adding a voice-over to direct response TV advertising, with no other tweaks, is proven to dramatically increase response rates that result in customer acquisition and boost ROI. 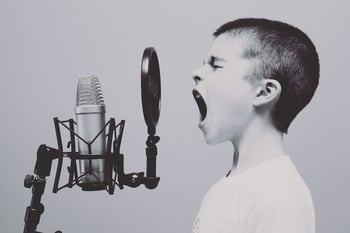 When clients first come to us, we assess their previous advertising performance for weaknesses. We often see that the reason for their low response rates is that they have either not included a voice-over with their call to action or that they have not even included a call to action at all. This is such an important tool to drive response and it is measurable. Including a different phone number on ads that are placed on different channels or in different time slots, for example, can be used to track the effectiveness of ad placement by measuring which phone number has the highest response rate.

It Both Drives Response Rates And Builds Brand Awareness

Direct response advertising drives an instant uplift in response rates and ROI while naturally building brand awareness at the same time. This allows our clients to build their business quickly first and foremost, while simultaneously looking ahead to their long-term growth by building brand familiarity and trust. A direct response TV advertising campaign does not stop at just one TV commercial. A trusting, recognisable tone to your voice-over that triggers a certain emotion within viewers, whether that is empathy, reassurance or fun, will greatly aid the tone that you are creating with your brand. It will also engineer a sense of familiarity that will prove very useful when they come to making future purchasing decisions. This is why deciding which voice-over to use is so important, as the sound, tone and emotion of the voice-over's voice will be associated with your brand in viewer’ minds.

The first few seconds are crucial to capturing people’s attention in your TV advertisement. Using EEG to measure people’s attention, a Microsoft study found that people’s attention spans have become reduced to just eight seconds. This is a result of the multiple screens and options at people’s disposal for entertainment. So make sure that you include the important information that you want to convey in those opening seconds of the ad. This should give a clear verbal description of what your product or service can do to help solve a problem for viewers. In your call to action, simply adding the word ‘now’ adds an immediate urgency that compels people to respond instantly. With the multiple devices distracting them, people do not feel obliged to sit staring at TV ads, so you really need to ensure that they are engaging to capture and keep their interest. A voice-over is a very powerful means to capture people’s attention af
ter it has wandered to their digital device and to heighten the urgency and emotional pull for them to respond to a call to action, making it an essential element of a successful direct response TV advertising campaign.

As the premier advertising agency in Melbourne, we have the unique ability to measure TV advertising response rates. Our focus on direct response advertising instantly accelerates our clients’ business growth. Contact us today to find out how we can help you boost your ROI from TV advertising. 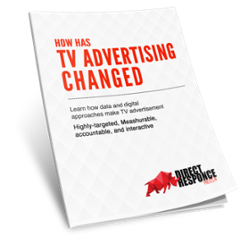