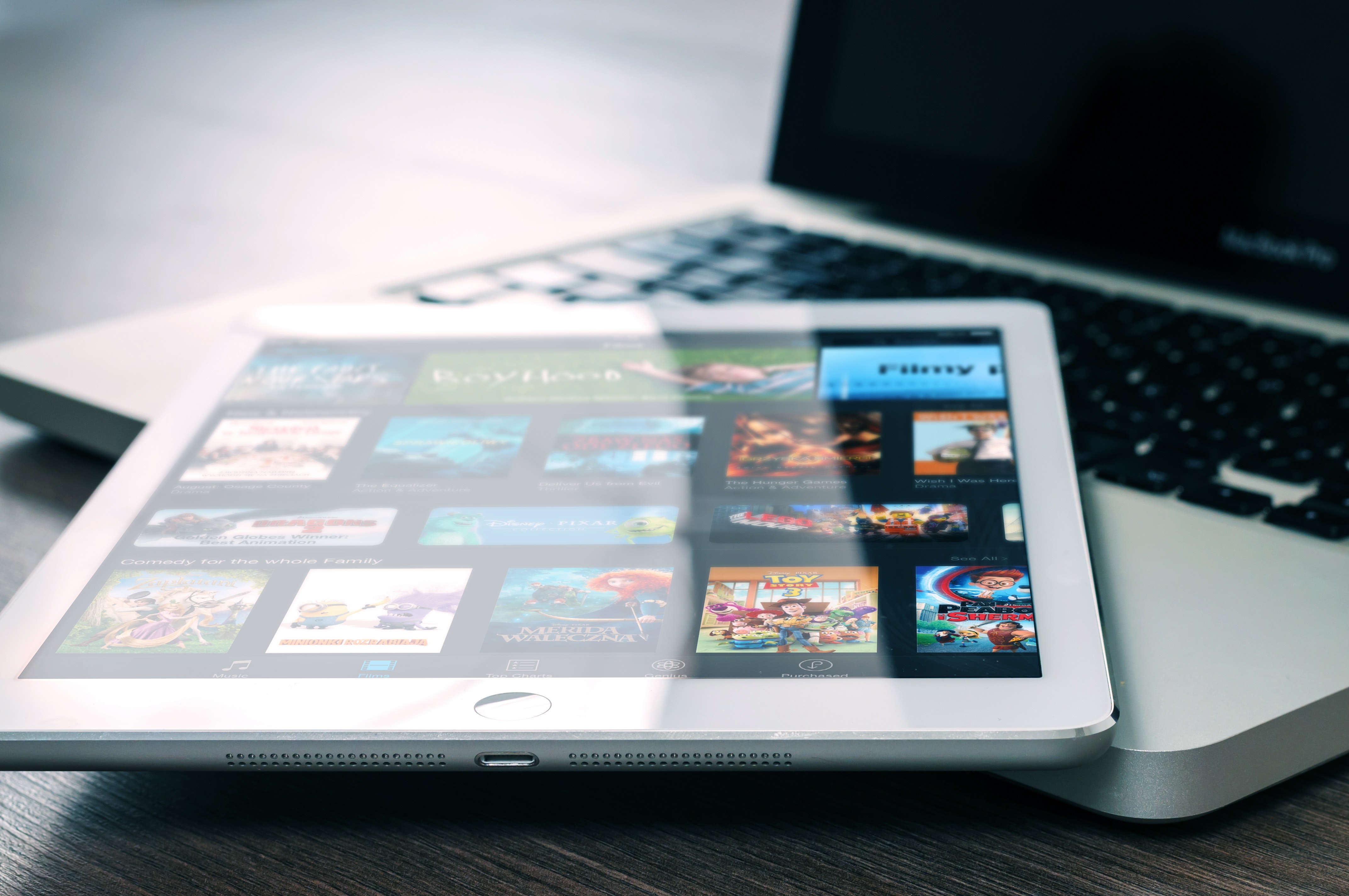 Video on demand and streaming services like Netflix and Stan are surging in popularity in Australia. The convenience of binge-watching your favourite TV shows to your own timetable has increasingly become the norm for today's generation. The question on marketers’ lips is: how does this impact on TV advertising? 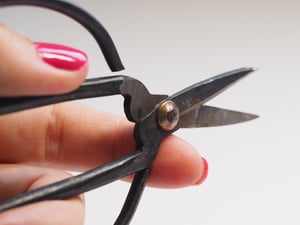 In America, such is the incredible popularity of streaming services that an ever-growing number of Americans are cutting the cord, i.e. pulling the plug on cable and satellite TV altogether. In 2018, that number has reached 33 million cord-cutters in the U.S., jumping from 24.9 million at the end of 2017.

Nielsen recently conducted research for Screen Australia and published the results in their 2017 Online & On Demand report. The good news for Australian TV advertisers is that while video on demand and streaming services have transformed the way that Australians consume content, linear TV is still very much in demand with viewers, with the majority of Australian viewing time spent watching broadcast TV, at an average of 2 hours and 27 minutes per day. In fact, Deloitte’s 2017 Media Consumer Survey of over 2000 Australians found that linear TV viewing had increased from the previous year from 42% to 44% of total viewing time. The fact that broadcast TV is still the preferred choice for Australians, even with the multitude of options now at their disposal, demonstrates its power. 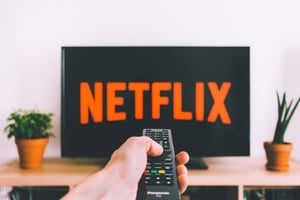 The latest Roy Morgan research statistics show that Netflix subscription figures have jumped by almost 30% in Australia between 2017 and 2018, to over 9.8 million Australians. Stan’s popularity has grown at an even quicker pace, jumping by almost 40% from last year to 2 million subscribers. These examples of subscription video on demand (SVOD) rely on subscriptions to build their revenue rather than advertising. A cheaper alternative, Amazon Prime Video, was introduced to Australia in June this year and it has already acquired 273,000 Australian users. Foxtel has brought out its own rival SVOD service, Foxtel Now, to retain viewers, combining live and on demand content to give viewers the best of both worlds.

TV networks themselves have successfully followed suit, with broadcast video on demand (BVOD) services like 9Now, 7Now, tenplay and SBS On Demand on the networks’ websites that allow viewers to stream their shows at their own convenience. 9Now has already reached 6.5 million subscribers, making it more popular than Stan. The fact that these shows still display advertising when viewed on BVOD platforms, just as on television, means that TV advertisers can rest assured that as people increasingly move into watching TV on digital platforms, there are still ample opportunities to reach viewers when advertising on BVOD.

OzTam produced data in the ThinkTV report, ‘Is That a Connected TV in Your Pocket?’ which revealed that the total BVOD viewing minutes in Australia has grown from 7.5 billion in 2017 to 13.2 billion minutes in 2018 – that's a 76% leap from last year! In direct correlation, shrewd Australian TV advertisers have already started to invest in this growth with a 40.5% increase of $50 million spent on advertising on BVOD in the six months prior to June 2018.

It is important to remember that connected TVs contribute to BVOD's growth, so it is not a case of people simply shirking TV sets in favour of smaller screens but rather taking up the easy access to watch their favourite shows whenever they choose. In fact, TV sets were found to be the most popular screen in Australia, which is great news for Australian TV advertisers.

The ratio of daily linear TV viewers to total Stan subscribers is almost 8:1

OzTAM’s report found that 63.1% of Australians aged 18-24 watch broadcast TV each week. Importantly, the study found that linear TV has 15.6 million Australian viewers a day. When you compare that to Stan’s 2 million total subscribers, it puts in perspective what a fantastic reach linear TV advertising has. It is not just reach that makes TV advertising such a strong medium – it is also a leading advertising platform in consumer trust. Deloitte found that TV advertising was the most popular medium for influencing buying decisions, so it really has the ability to connect with viewers in an impactful way.

Constant advances in technology are shaping the way that Australians view content, with the ability to consume streaming across digital devices, such as laptops, iPads and mobile phones, in addition to traditional television viewing. The second-screen phenomenon means that people will typically multitask, watching TV while using a secondary digital device simultaneously. Hardcore soccer fans can now watch the main game on the big screen, while live streaming the same goal from different angles on their mobile app. AFL Live Pass actually allows footy fanatics to stream to up to five devices at the same time! This correlates with the average of 6.6 screens in Australian households.

Deloitte found that news and sports are the most watched genres on live TV. People consume news, weather and sports in a different way than drama and comedy. If they watch any of these things on demand at a later date, they will be old news, so linear TV is a more effective and popular choice. Reality TV was actually found to have risen in live TV viewing consumption from 17% in 2015 to 21% in 2017. With the high use of social media while TV is on, people would find out if their favourite character had left the show if they didn’t watch it as it was broadcast live. This urgent need to be in the know is an advantage for linear TV, as Netflix and Stan do not offer live content. In fact, 62% of Deloitte respondents cited the ability to watch live TV such as sports as the number one reason for not cutting the cord. 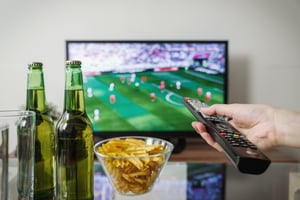 Netflix, the original trailblazer in the streaming world, has based a large portion of its popularity on the fact that there were no ads. Now, Netflix is experimenting with trialling ads for other shows between episodes. The response so far by Netflix subscribers has been overwhelmingly negative. As Netflix are starting to go against what was a major USP for them, any attempts by them to foray into product advertising would no doubt see widespread uproar. Relying on subscriptions rather than advertising can only sustain streaming services for so long.

Ironically, connected devices promote a sense of disconnected isolation. All the technological advances in smaller screens don’t compete with sitting on the sofa with your family in the evening to relax in front of the TV screen, which is why it still reigns supreme for Australian viewers. 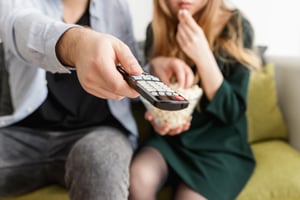 TV advertisers can rest assured that TV advertising still provides the highest reach. They should additionally capitalise on the accompanying opportunities presented by online, to drive traffic there from TV advertising, rather than viewing it as a threat. Once online, viewers can interact further with the service and make an online purchase there and then.

The most revealing research of all came from a 2017 Think TV study. They compared what marketing and advertising professionals believe about the Australian public with their actual viewing habits. The research uncovered that people who work in advertising are 129% more likely to own a TV streaming device such as Apple TV or Chromecast than people who don’t. In addition, these marketing professionals overestimated the Australian public’s actual Netflix usage in the past week by 179%.

In the Australian Video Viewing Report 2017 by OzTAM, 82.6% of Australians were found to watch broadcast TV weekly. Therefore, marketers needn’t worry that just because everyone in their world seems to have a smart TV, linear TV is still far more in demand than on demand with the grand majority of Australians.

To get the most from TV advertising in these changing times, DRTV is a guaranteed winner, giving you an instant return on your ad spend. Contact us today to find out how direct response television advertising will boost your ROI.