A Valuable Lesson from the Go-Kart Track 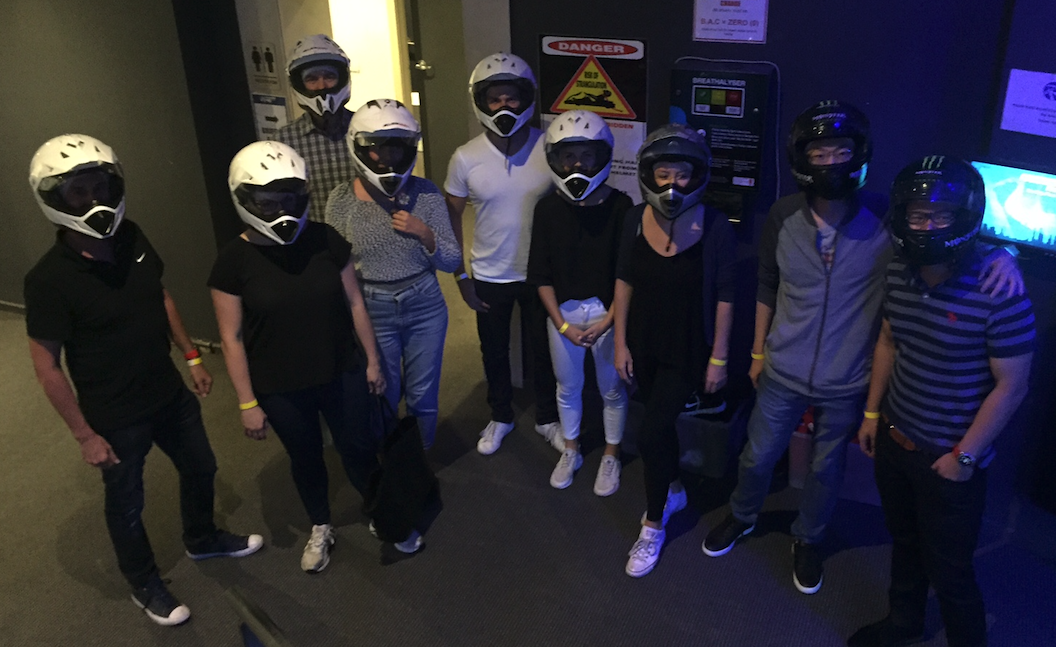 Last Friday, the DRM team organised a go-kart session as a reward for their collective efforts. As a leader and boss, it's fair to say that at events where there will be winners and losers, the competitive energy comes out from certain individuals, including one very hungry player, who mentioned on several occasions, with a fire in their eyes, 'I'm going to beat you', which I acknowledged and replied with, 'game on'.

We sat through a briefing of the rules for the day, before putting on a very fashionable white hairnet and finding the appropriate sized helmet that pushed our cheeks skyward. As we get buckled in and the karts begin to fire up with life, the first session we embark on is a 10 minute qualifier, which allows us to get a feel for the track and also to deliver our individual 'fastest lap time' that will determine each individual's starting position for the main race. The track marshals start our karts and, one by one, we exit the pit-lane at walking pace.

Having some experience behind the wheel, it doesn't take long for me to get back in the groove. With varying levels of skill, it quickly became apparent which individuals were going to have a crack at the title, including the competitive individual that wanted to take me down right from the start.

After a couple of laps, it was time for me to start laying down my best lap time. With some clean air in front of me and an open track, I starting pushing my go-kart to the limits. I was feeling good and I knew that my times were getting better with every lap. Overtaking two to three people at a time, my lines were fast and clean. Before we knew it, qualifying was over and the track marshals were waving us to the side of the track. The race marshal then proceeded to pick out one kart at a time, putting us in race order according to our fastest lap. I was first. It's time to race!

I'm sitting at the start line and the smell of 2 stroke fuel is starting to build in the indoor go-kart centre as airflow is limited. I look to my right and see my competitor in second position, it's Derek. The team member that said, 'I'm going to beat you!' must be well back in the pack. Then, in no time at all, the orange race light flickers, before turning to green. We're off! The flags go down and I swerve in front of second position to cut him off from any chance of passing me in the first bend. It was a strong start; I lead from the front and my first lap felt good.

By my second, I was in a nice groove. I was flying and continuing to build momentum from the qualifying round. I looked behind me to see where the next closest kart was positioned, there were at least 6-7 seconds between myself and second place. Within five laps, I had caught the back of the pack and started working my way through. By this stage, my confidence in cruising to victory was increasing with every lap. As I mentally count the drivers I pass, I think to myself that I've overtaken nearly everyone at least once, with some at least half a dozen times. I was picking my lines, I was feeling good and in my mind I had no competitors. I started thinking that this was all getting a bit too easy and was also starting to feel slightly nauseous due to the fumes and the quiche that I'd eaten only a short time before racing. As a result I started to take my time, firmly believing that my lead was insurmountable. I was not pushing into corners as I thought this race was in the bag. My confidence was sky high, I was comfortable that I'd lapped everyone in the group, so I could cruise for the next couple laps.

Now, with only minutes to go, I started to get held up in groups, I didn't attack like I previously would have and I was also sitting behind slower drivers before taking the pass; a stark contrast to my previous all-or-nothing approach from the start of the race. I was savouring the moment, pretending that I was already on my victory lap. I remember thinking that we must only have a lap or two to go. Then, my next thought was shaken from my mind as I received a sharp bump from behind! This was foreign to me, as I'd never had anyone sit behind me, let alone get within bumping distance. I looked around to see nothing. Either someone was right on my tail or my kart was having technical problems. Thinking that I was still miles in front, I rationalised that something could have been happening to my kart, so I ignored this activity and continued. BANG! I'm halfway through the hairpin turning left and I receive a massive bump to the rear of my kart. It pushes my vehicle out of control and, as I'm sliding sideways, I see another kart pass me; it's the hungry individual that said, 'I'm going to beat you' at the start of the race. If looks could kill, there would have been death in the air. I despise losing. I quickly correct my kart but I've dropped valuable seconds. I begin one hell of a pursuit to rectify slipping a position but I've got at least four seconds to make up.

I give it my all, I'm in full pursuit and I can feel adrenaline pulsing through my veins. With the driver in white pants in front and in sight, we turn left and hit the straight. I give my kart everything down the strait. I cut the sweeping left-hand turn, leaving a hair's breadth between me and the barrier, as I can't deal with being passed. As I complete the left- hand turn, I see the track marshal standing on the side of the track, waving the checkered flag: the driver that passed me after just several turns has taken victory. This is shattering...

As I stand on the podium, in second position, my victorious colleague in first place is ecstatic. Coming first was great, however beating me was clearly the highlight of her month. I congratulate her as she won; she had crossed the line before me and that is all that counts. After eating humble pie, I went to the time sheet to dissect exactly how this could have happened. My time sheet reflected my psychology during the race; I had the fastest laps by 0.3 of a second and consistently had the faster times. How did I lose? With only laps to go, I was dropping several seconds a lap. I got comfortable and stopped pushing; in other words, I got lazy. The winner was consistent, getting quicker and quicker with each lap and they had one vision pushing them forward: to win, to beat me. They never gave up and, as a result, they won! For me this was a great reminder - it doesn't matter if you have the most talent, it doesn't matter if you should have won, the individuals who are hungry will never give up until they win. Hard work and determination outperforms lazy talent every time.

I'd like to thank our wonderful business development manager for the reminder, as I will not be letting this happen EVER again. Never get comfortable - we could only be one corner away from being overtaken. Keep pushing, even if we have what seems to be an insurmountable lead. Never take your competition for granted. Getting to the top is one thing, holding first position is another. 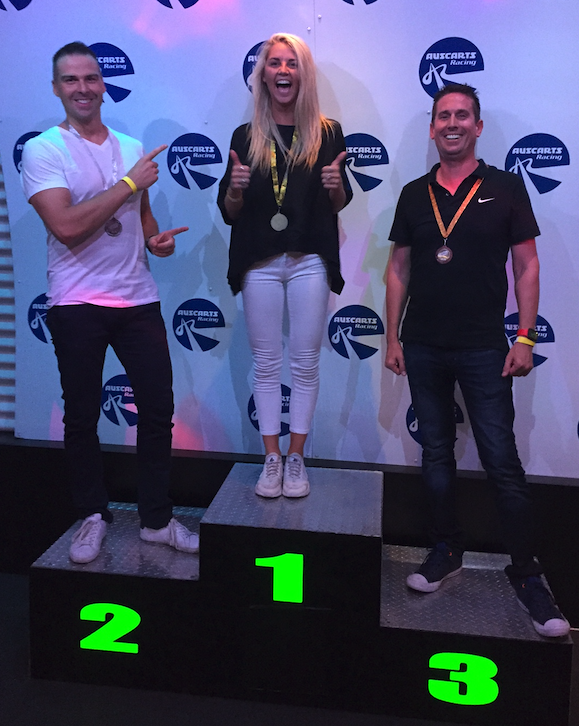 If you would like to learn more about APAC's leading performance advertising agency or challenge us to a Track Day in Port Melbourne, please feel free to contact our team below:

What a Boutique Advertising Agency Does that a Big Agency Won't